We present a development plan for the project: 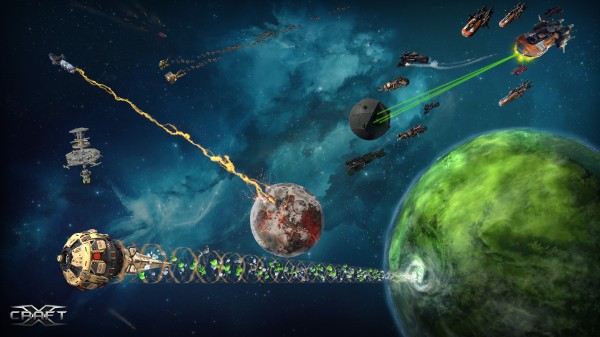 Fleets will no longer be stacked in high orbits, joining fleets will only happen automatically on targets, not in defence or occupation modes. To attack a fleet in high orbit, you will need to specify that fleet in the dispatch, as we currently specify a satellite if the fleet is within line of sight.

The combat area will become tangible, visible and will first take place in combat system 4, but then in the developing and fully three-dimensional combat system 5.

Debris will no longer be "everywhere on coordinates", it will be more of a debris field, as in the alpha version, which will need to be approached to collect. Comets aren't in development yet, but all the preparatory stuff for them is ready.

A separate developer is working on item development and crafting.

There is a question of cancelling basic visibility in order to strengthen the exploration element of the game. Perhaps there will be an attempt to cancel it and a possible rollback in case of strong opposition from our esteemed project members.
«  · General Discussion ·  »